The case begins when Kyoko Kaya asks Kindaichi to help him investigate a murder that happened at the Bianca Hotel. While Kindaichi is initially hesitant, she manage to convince him by promising to show him the content of her box if he agree. The previous night, the master of the Mugetsuryu Ikebana School was murdered and his body was found on the emergency stairs.

The case seemed straitforwards when a hair belonging to the culprit was found on the victim. However, it turned out the daughters of the victim were twins, possessing the same DNA. Furthermore, since they weren't his blood daughters, they both had a motive as Koshiro was planning to marry to Akemi Todo which could have cost them a lot of money.

Kaya also points out the puzzling behavior of the culprit who deposed sunflowers on the entrance of the stairs and didn't chase the victim, instead letting him bleed to death after he fled. 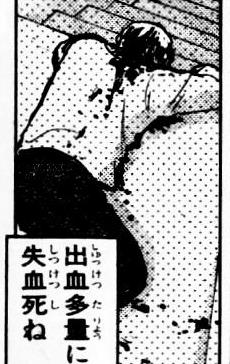 The culprit is Beniko Kirisawa. She was afraid of being abandoned by Koshiro after he remarriedShe also felt frustrated that Koshiro planned to make her sister the heir of the school despite Midoriko not being interested and Beniko trying to be the perfect daughter.

She had vertigo which explained why she didn't chase the victim once he fled to the stairs. The sunflowers were dropped to be easily seen from far away so she could check whether he was dead with binoculars (though they might also hae been placed as a message to the victim's soul). It is also revealed by Akemi that they were in fact his true daughters. 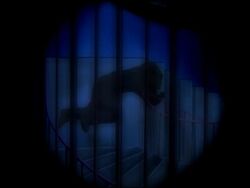 Retrieved from "https://thekindaichicasefiles.fandom.com/wiki/Half_Murderer?oldid=12942"
Community content is available under CC-BY-SA unless otherwise noted.